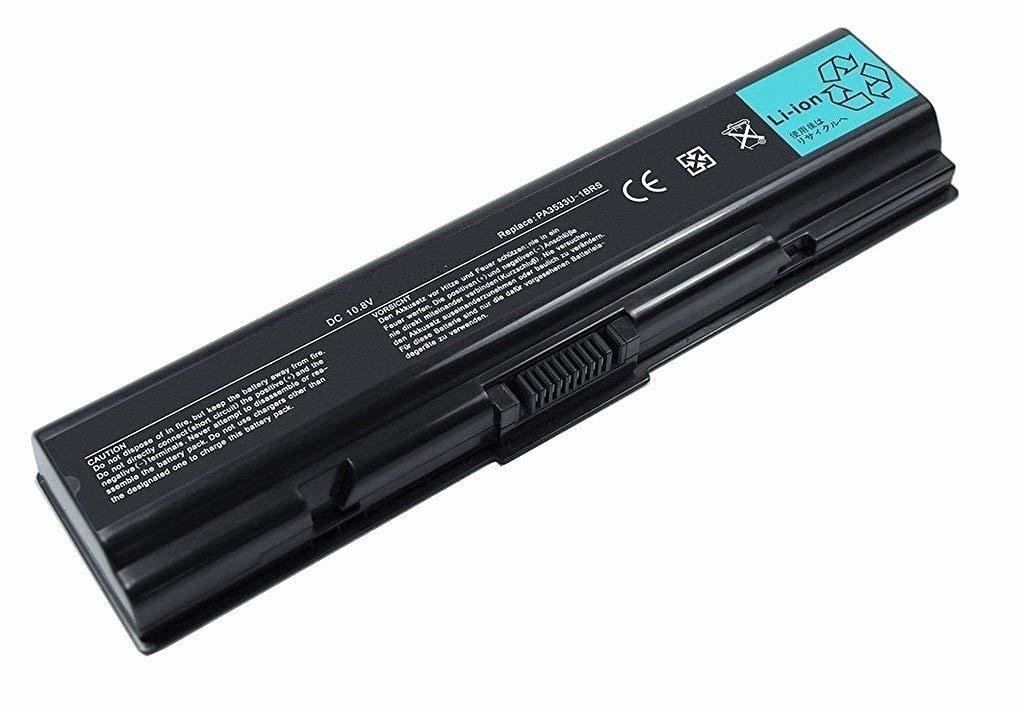 Lion battery for toshiba satellite A200 laptops PA3534U-1BRS with warranty

1. The new laptop batteries are not fully per charged, you have to charge them in your laptop before you expect some or full backup from a new battery.

(a) The old battery is dead and laptop is OK. In this case, only replacing the battery with new one, will solve the problem. For this, just install the new battery into laptop and allow 3-4 hours to get it fully charged. During this time, you may keep working on your laptop.

Please be informed that laptop batteries should not be allowed to remain fully discharged for long time. If allowed, they becomes dead and unusable.

This is a Brand New compatible Battery with bill and warranty. Since new batteries does not come fully pre charged hence, It will not give full backup until initially fully charged. The backup time will depend on the application run and power settings used for laptops and may vary accordingly.

Save this product for later
Display prices in: INR

I purchased lenovo G460 laptop battery with Shreelaptop online this product is very good i get above 3 hour battery backup ...Very nice product..

the package was well protected and in good condition when i received it. I totally recommend it.

I like your doorstep service apart from your product It was unbelievable for me to receive my order at my home since my address is at remote location where courier is unable to reach with reason out of service area.

Have bought 3rd battery from Shree Laptop Solutions. All of them worked well. Last two lasted for more than one and a half year, which seems a good life for a replacement battery.Wish I could get discount on next purchase :)